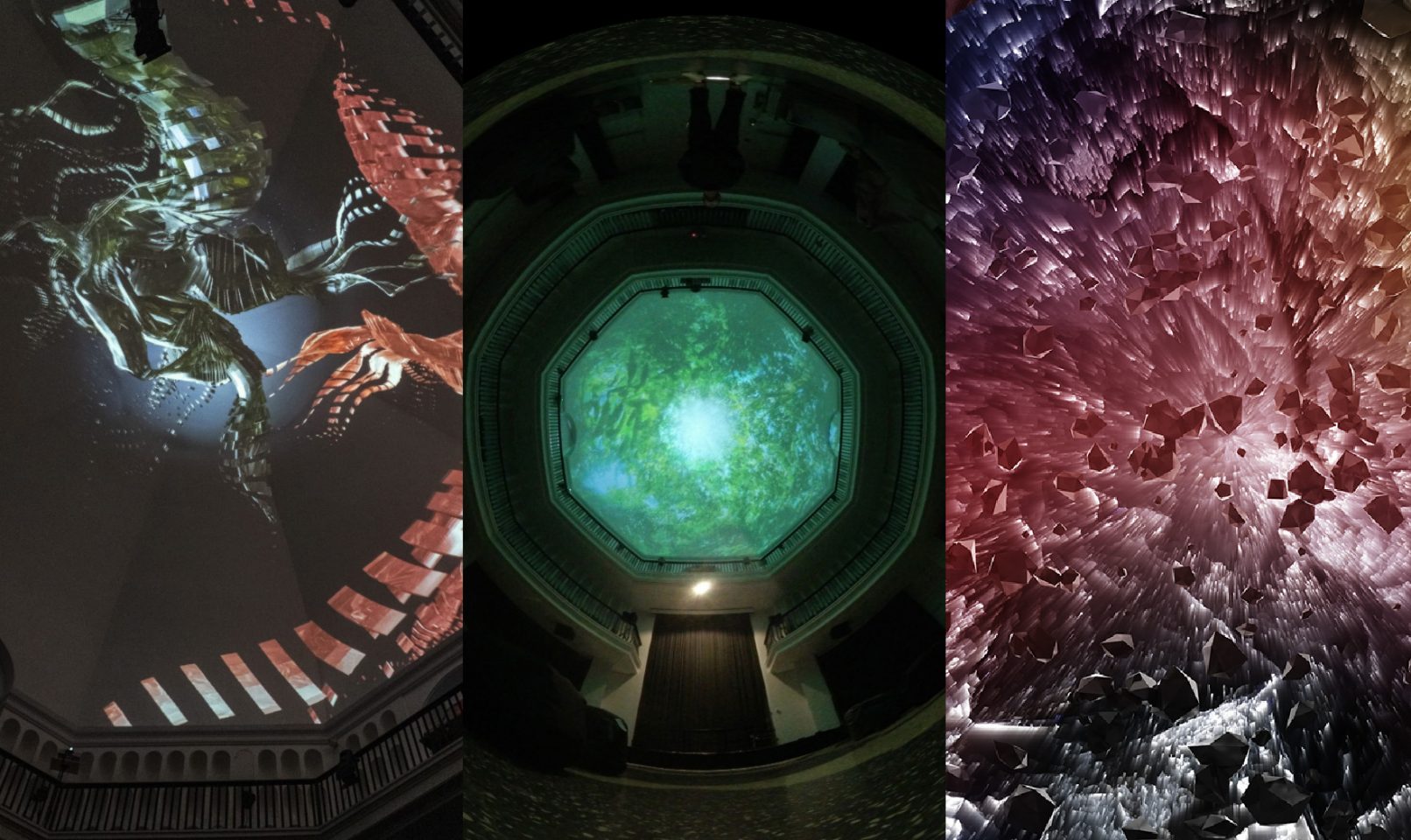 Of Fragile Things is an audio-visual artwork that explores a complex world inhabited by interconnected, abstract structures, that fluctuate ambiguously in scale between the micro and macro.

Originally commissioned for the dome ceiling at Silent Green for their Future Soundscapes Festival 2019, this piece takes the form of an audio-visual journey weaving together dark soundscapes from recordings of electromagnetic fields, singing ice-scapes and a chorus of lost voices together with a bright and glistening visual world that explores natural and super-natural environments.

Of Fragile Things continues my ongoing investigations into the multiple, intricate and fragile connections between living and non-living systems and is the first project where I co-create audio and visual together.

For the production I developed small enclosed film sets within which to immerse a 360 degree camera to capture abstract immersive footage. I filmed in 360 degrees at the botanical gardens. Several scenes were created directly in Blender making use of the specific cameras for dome projection. The different elements are then composited together. This blending of footage and animation gives me an interesting range of textures and light qualities that I like to play with in my work.

This piece grew out of research, thinking and conversation around invisible systems and forces both natural and man-made, highlighted in speculative climate fiction The Overstory by Richard Powers and The Camille Stories by Donna Haraway, the proliferation of and unforeseen effects of electromagnetic fields and the theoretical writings of William Connolley.

In 2021 a 14min film edit of Of Fragile Things was created for screenings in full-dome environments. 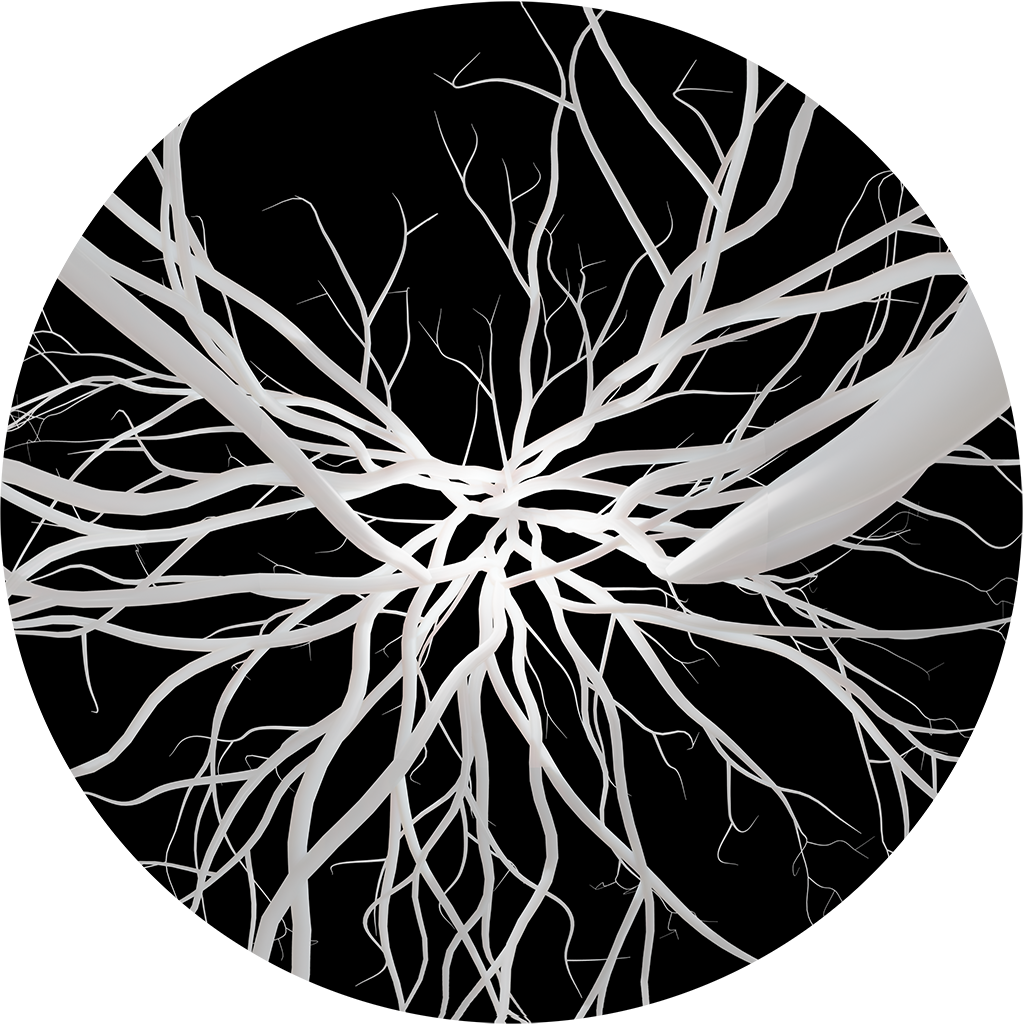 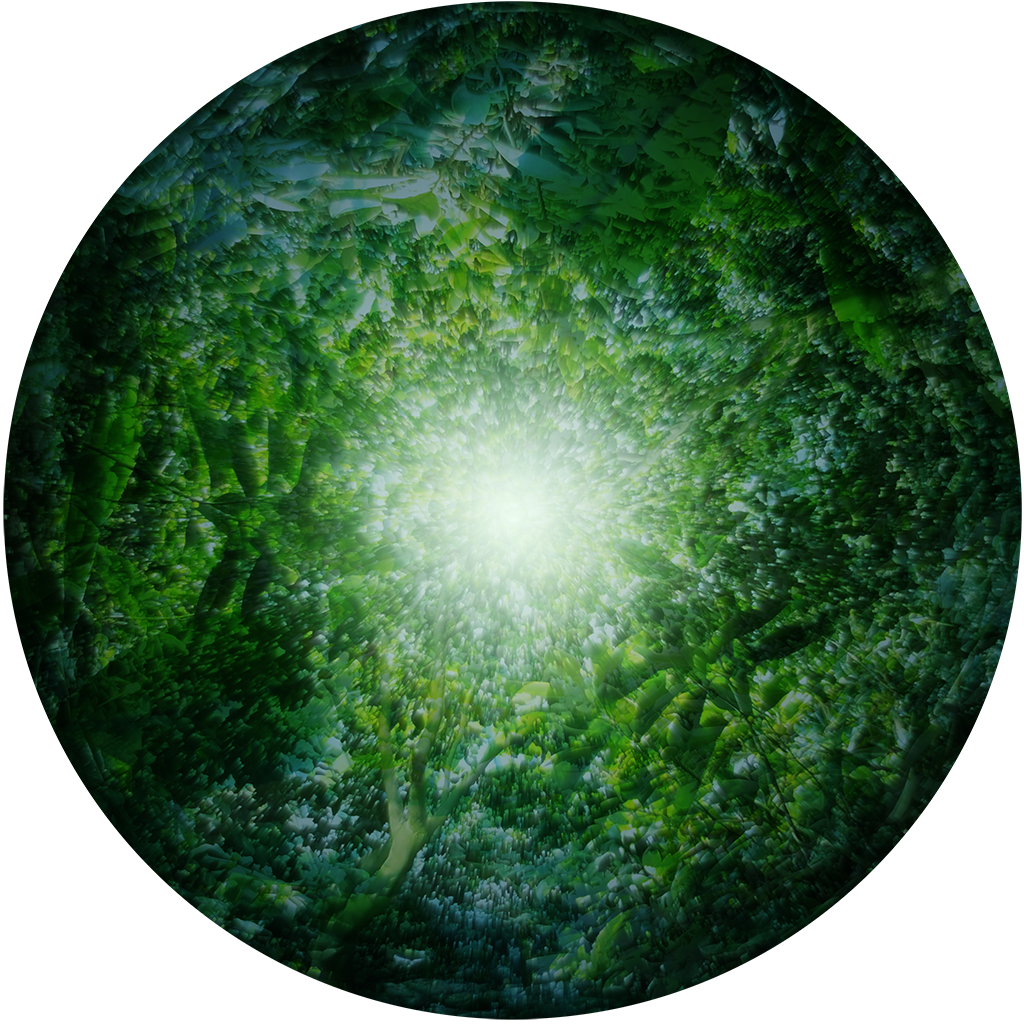 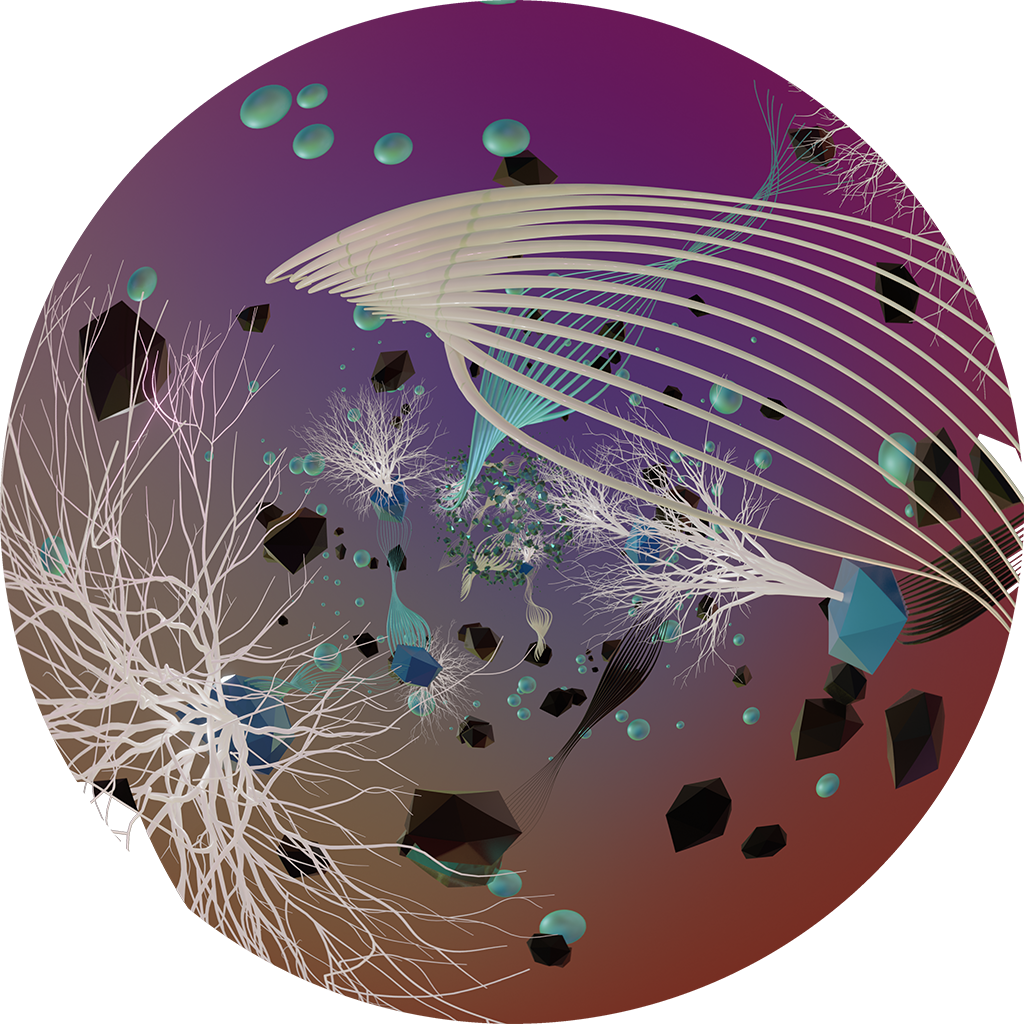 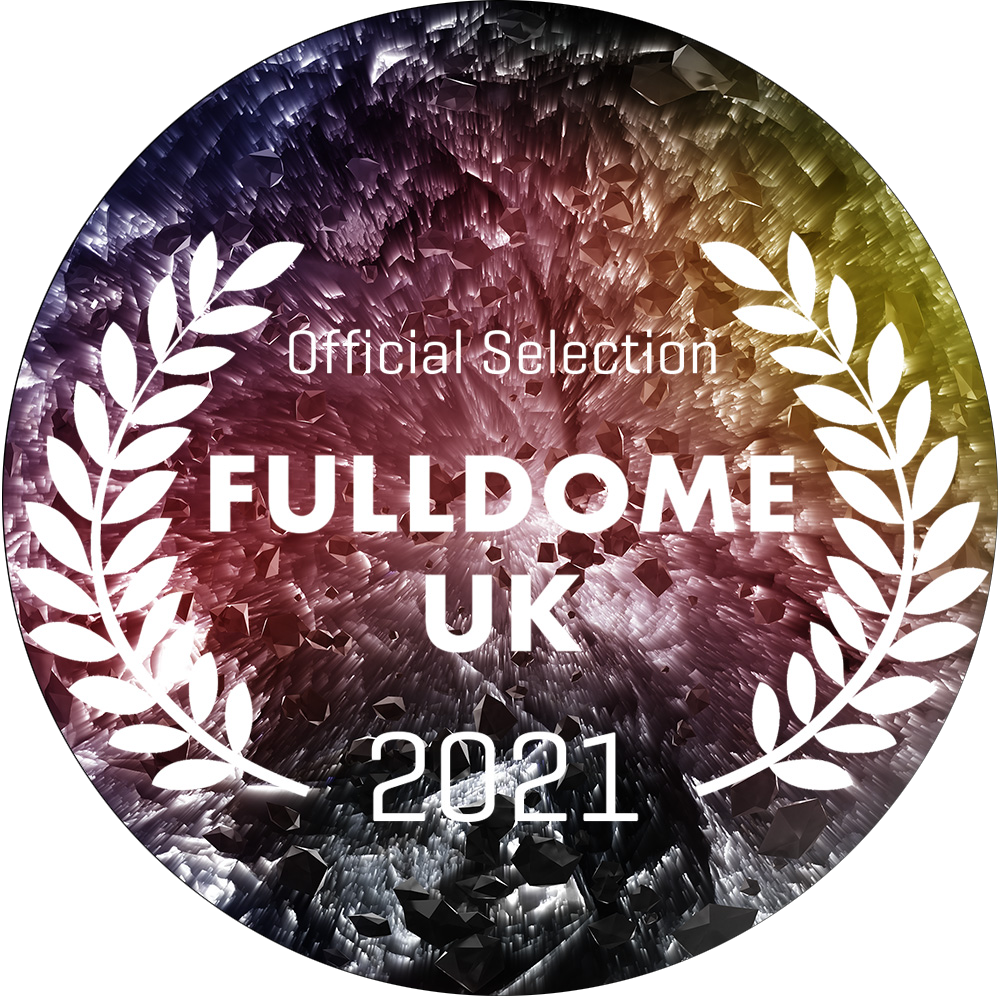 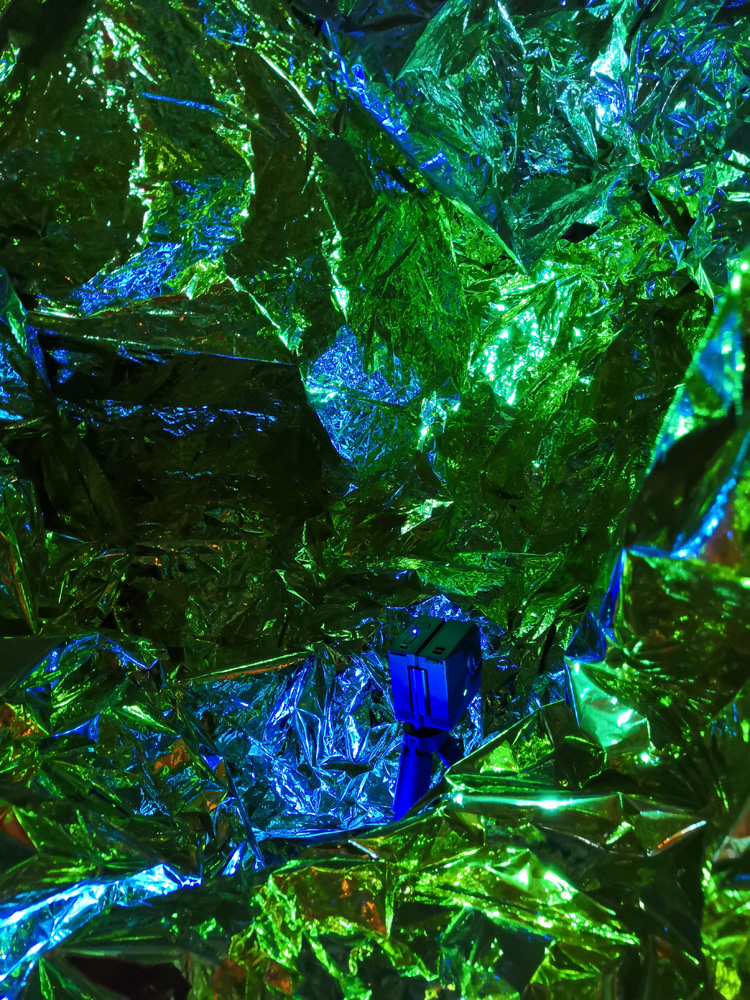 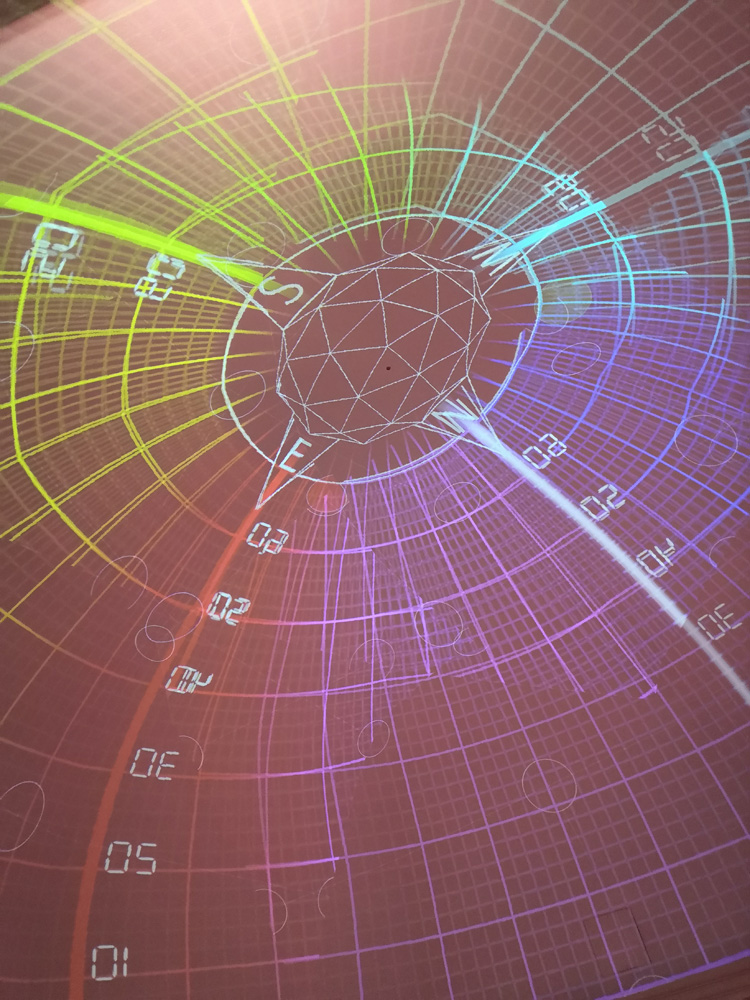 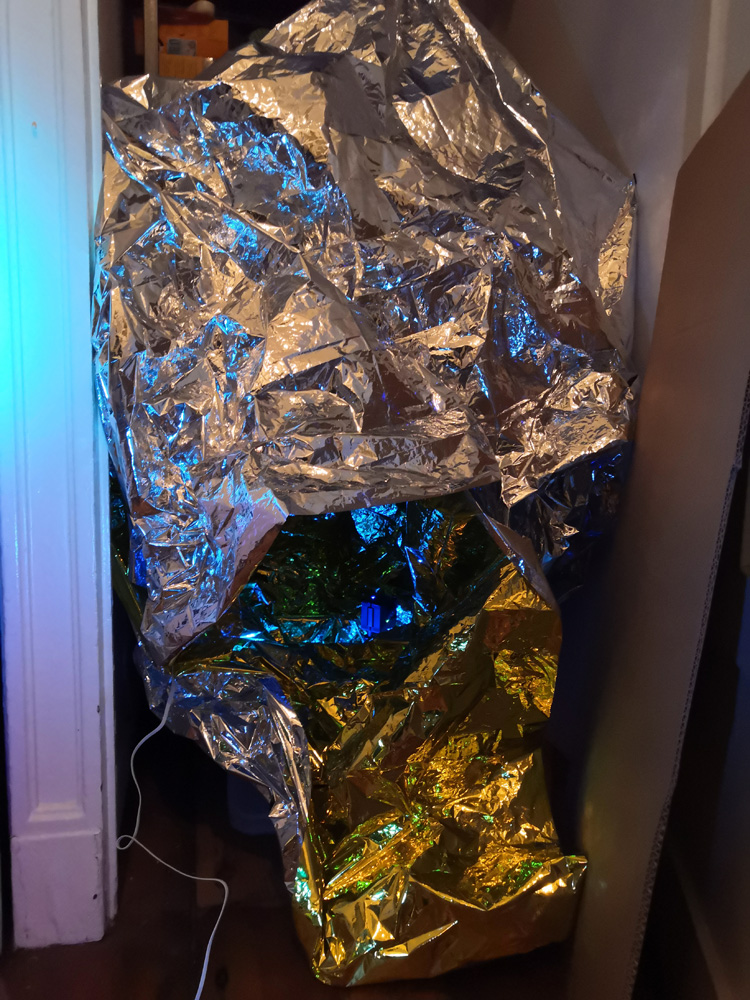