Hyphosphere is a fulldome artwork inspired by the life cycle of fungi and through this topic explores the broader ideas of cycles in nature and the interconnectedness and complexity in ecosystems. From the first release of miniature spores, through the expansive underground network of mycelium and onto the flourishing of fungi forms on the earth surface, Hyphosphere reveals natural systems and processes on a micro scale that happen often unseen by the human eye. Through this audio-visual experience the audience traverses the natural elements of air, earth and light and through these stages we follow the different structures and forms taken during the fungi cycle, spawning in the wind, expanding under the earth, growing upwards into the sunlight and finally returning to the starting point, completing a full cycle.

Fungi and their mycelium are a fundamental part of forest ecosystems and studies show that a mycelium network can carry information across its vast underground structures to other plants in the forest, connecting and communicating with the forest ecosystem.  The name of this project – Hyphosphere – is the area of growth and region of influence of a mycelium network.  Mycelium are underground structures created by fungi and are made up of many individual Hypha or Hyphae, branching and connecting to form the intricate Mycelium networks.  The term incorporates Hypho – from Hyphae and Sphere – region of influence or ball like shape, which also links to the half sphere of the dome format and alludes to bringing the audience into a new sphere of experience – the region of the mycelium.

As art director and sound designer I developed the concept, dramaturgy, audio and aesthetic for Hyphosphere. Fungi and their mycelium are a fundamental part of forest ecosystems and studies show that a mycelium network can carry information across its vast underground structures to other plants in the forest, connecting and communicating with the forest ecosystem.

This was the inspiration for the piece and I wanted to use the immersive dome space to take the audience on a journey into the full world of mycelium.  First I created the sound piece that would define the journey through 3 clear stages; floating in the air, descending into the underground network and emerging into the sunlit fungi landscape. The soundscape helped to give emotional cues to each section, at times light and uplifting at others deflating or mysterious. Through drawings and storyboards I communicated the aesthetic concepts with the video production team.  I researched production techniques and directed the work in progress.

This video is a collaborative production with Les Dominicains de Haute-Alsace. 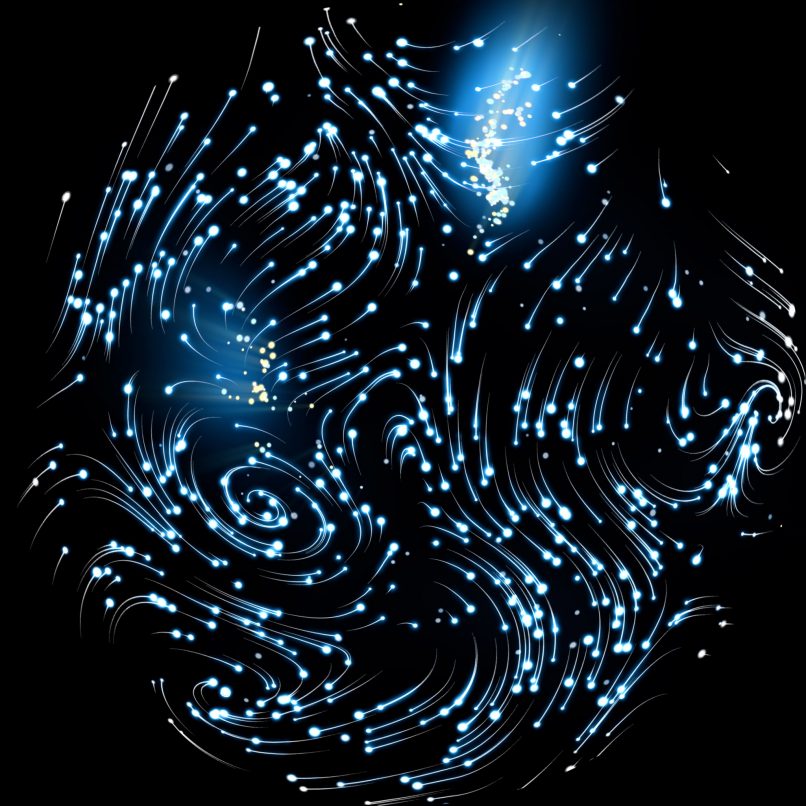 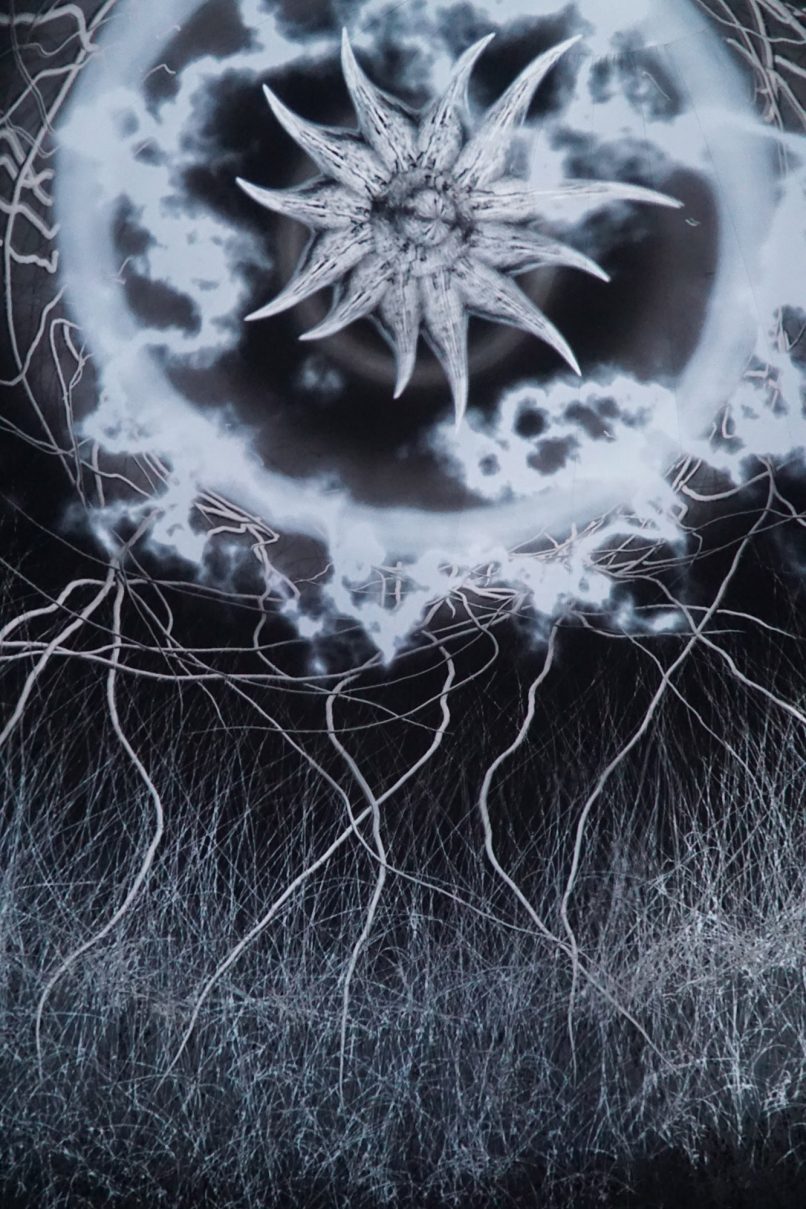 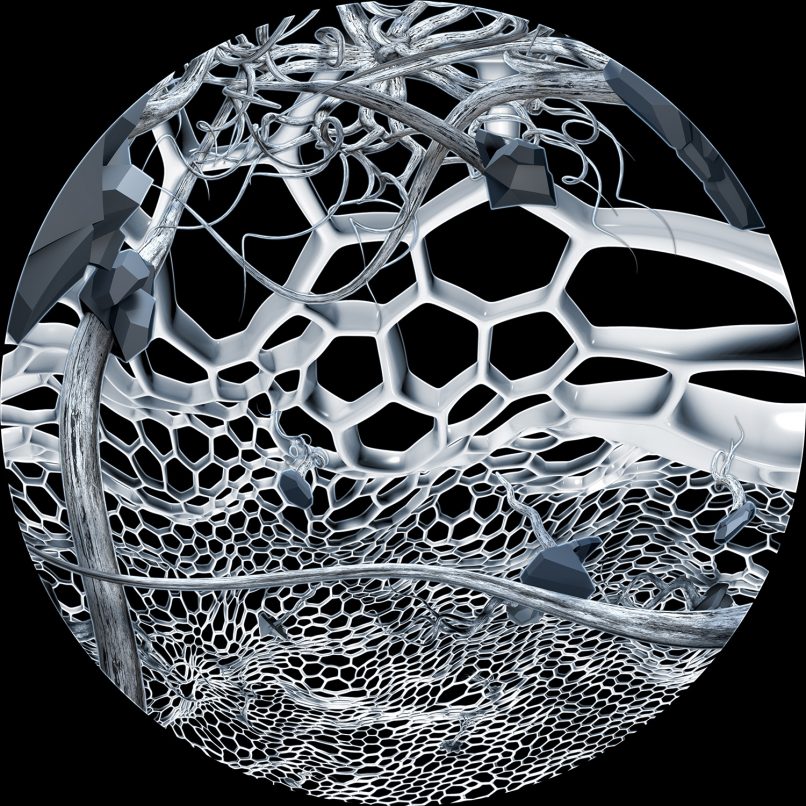 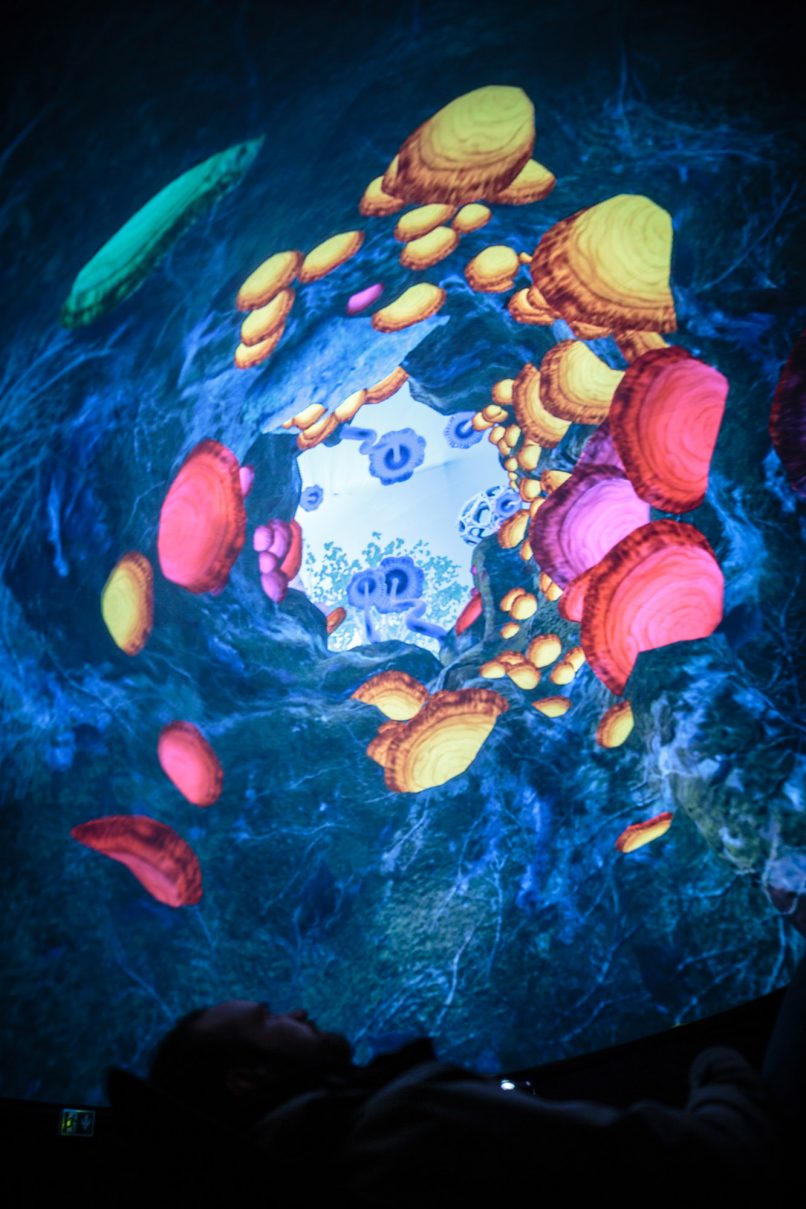 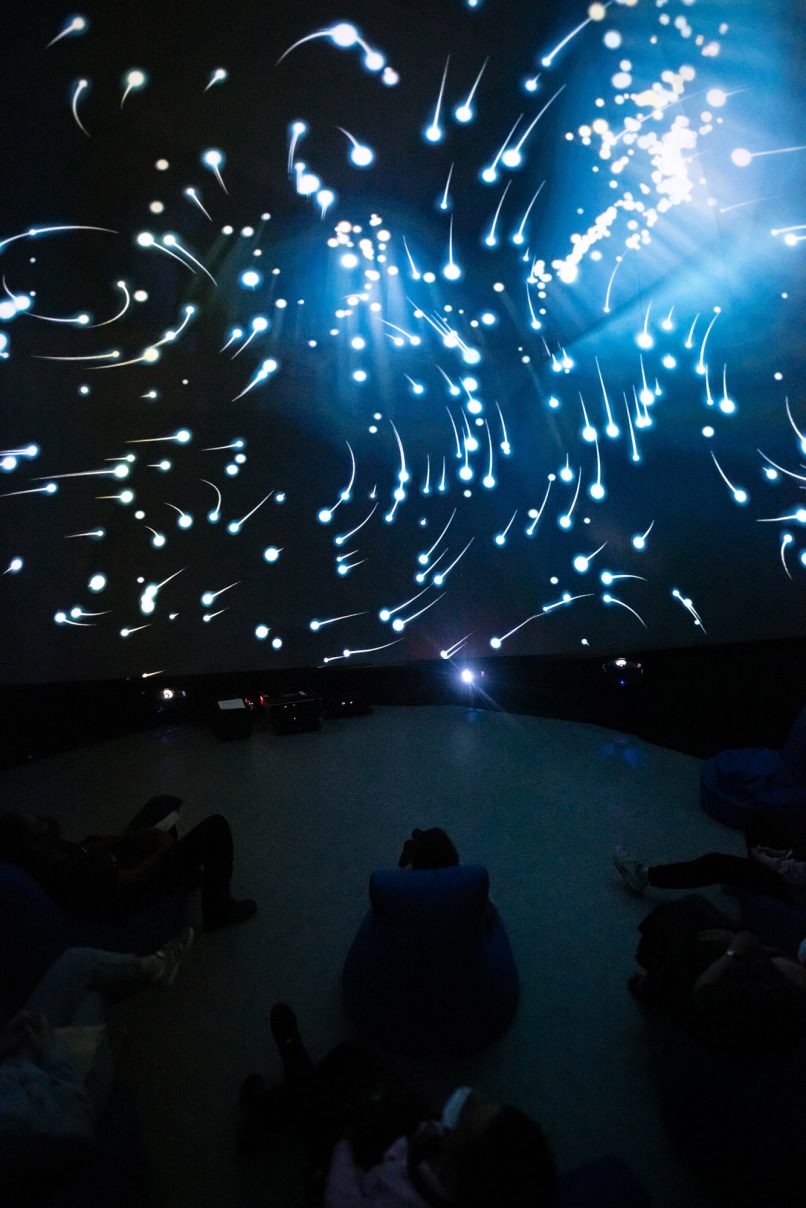 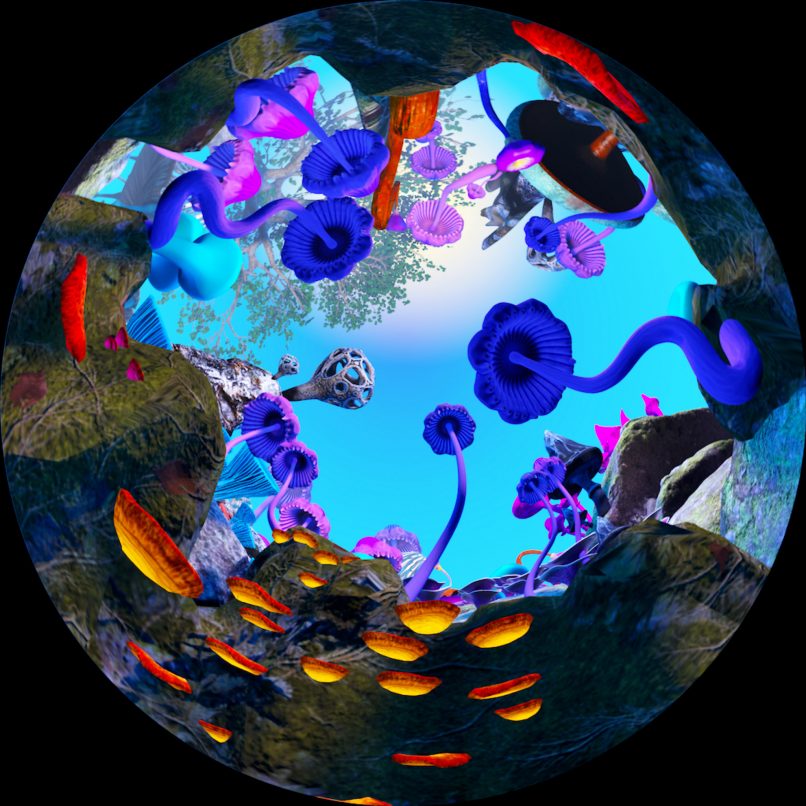 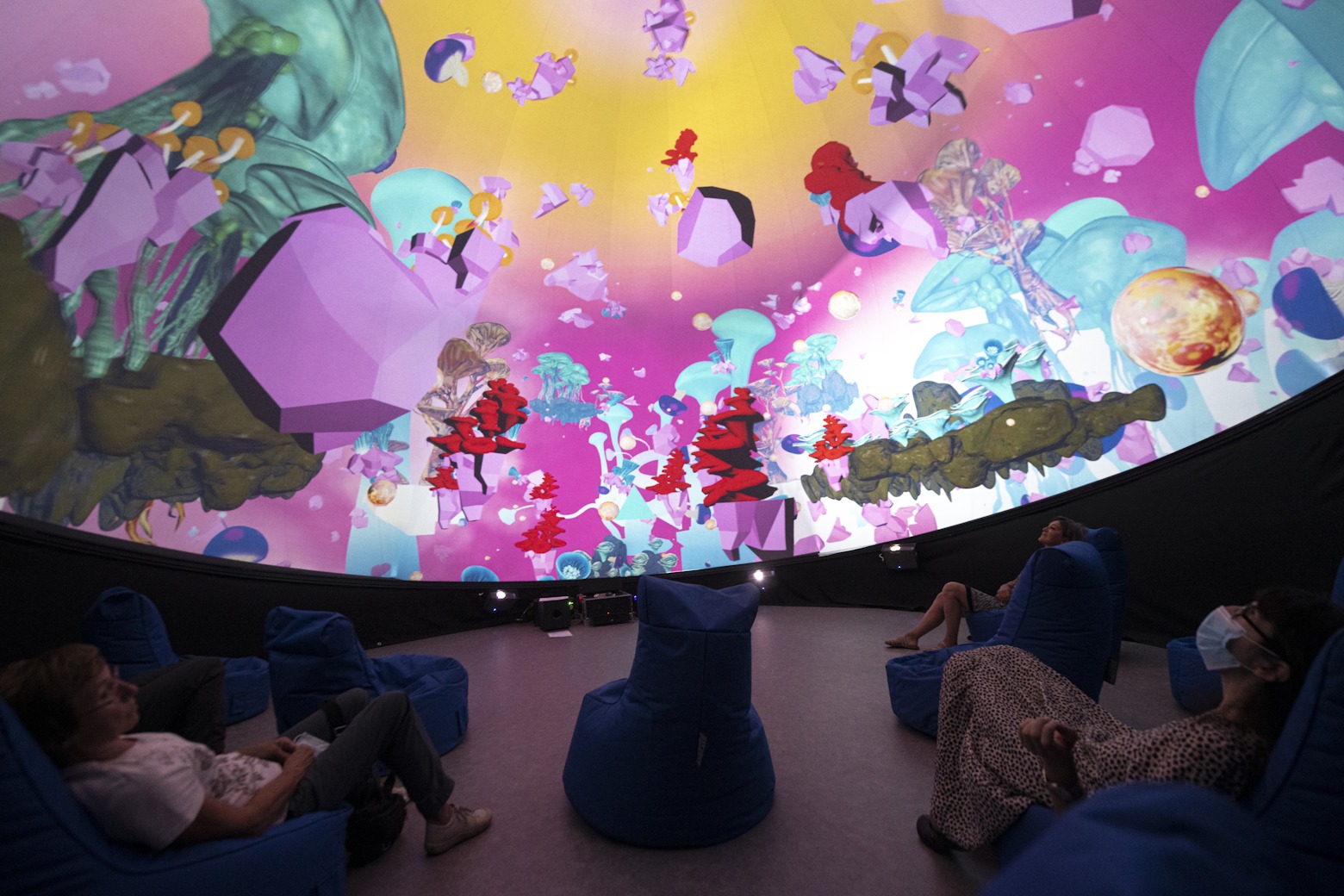 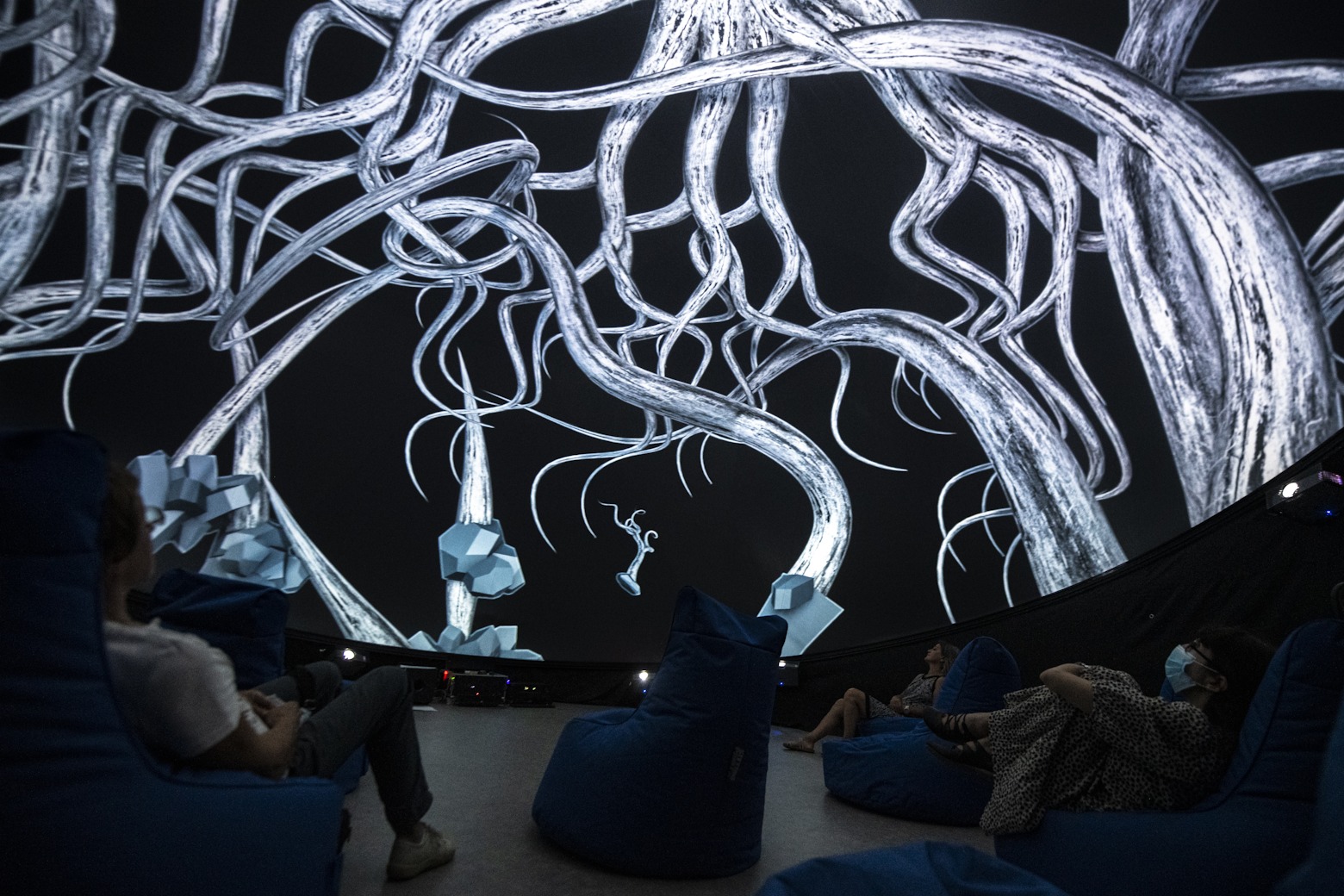 Installation view of Hyphosphere at the dome at Le Dominicains, Alsace France 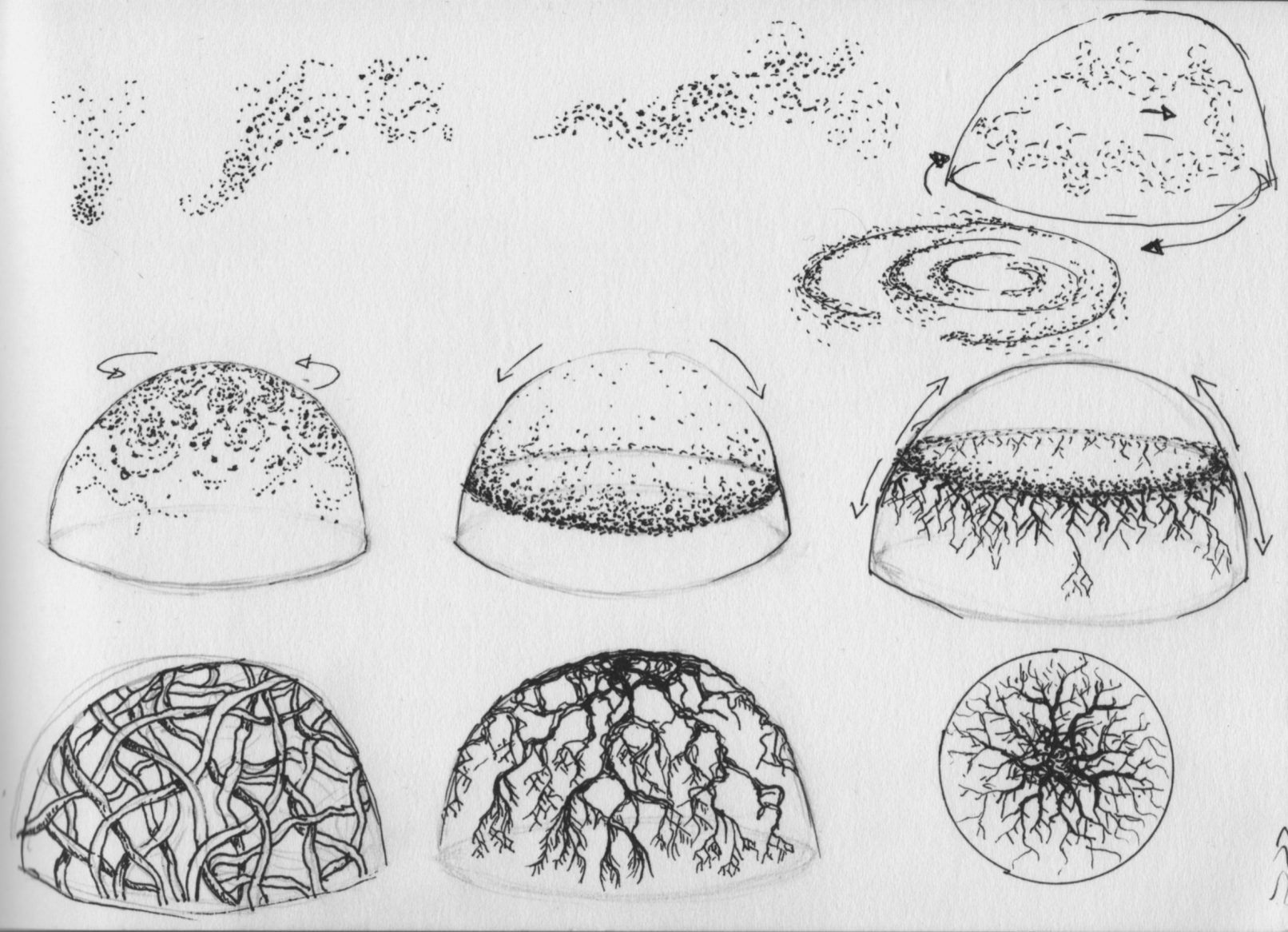 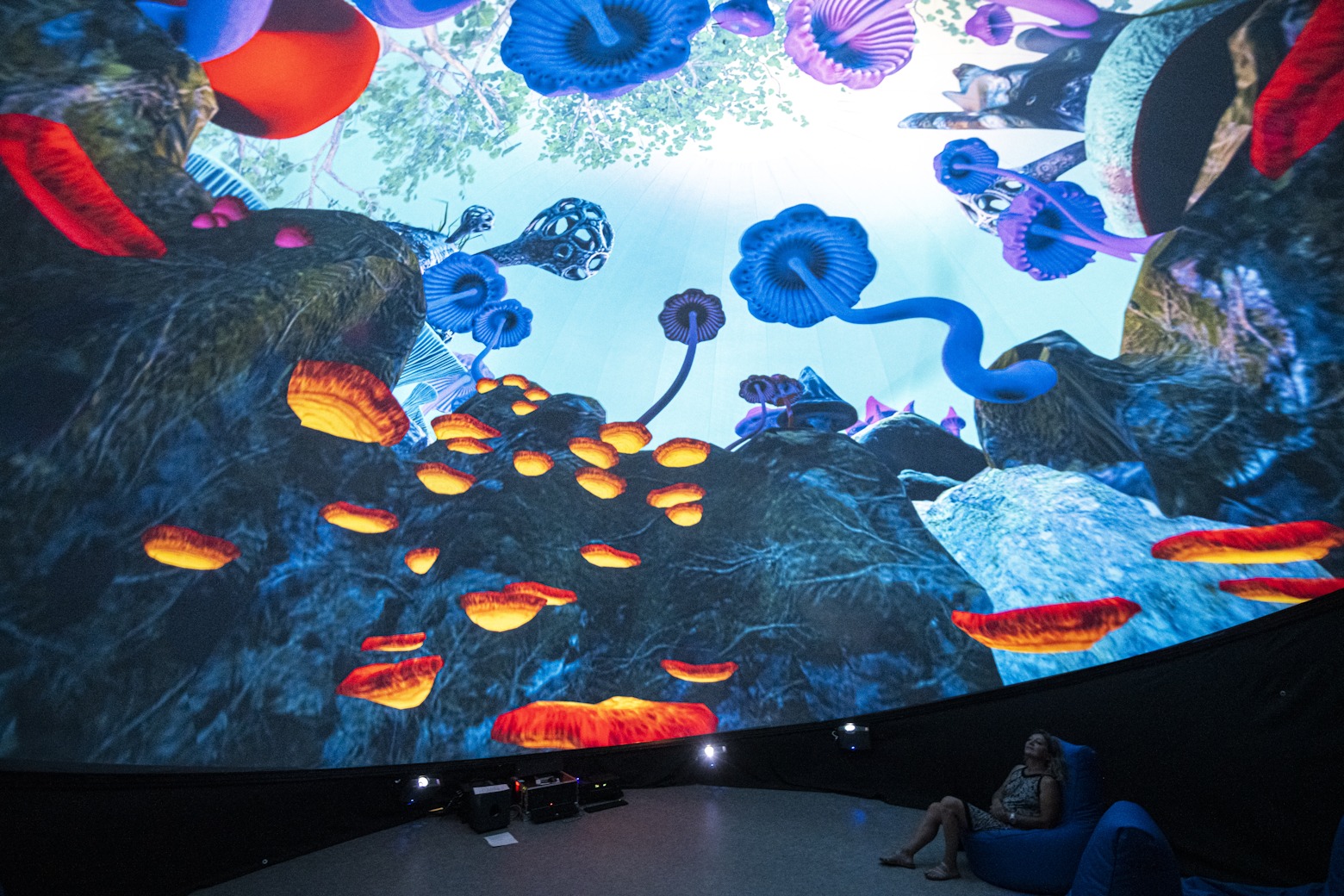