She thought she would last forever

Art Direction, video production, lighting and stage design concepts created for the live tour of Abstraxion’s 2016 album ‘She Thought She Would Last Forever’, by musician Abstraxion.

‘She Thought She Would Last Forever’ was a beautiful album to create visuals for.
There is urgency and hopefulness in Abstraxtion’s music.  The song titles allude to dystopic ends but the music itself has an optimism that really caught me.  Many of the titles allude to a tension between expectation and reality – “She thought she would last forever”,  “Just what I always wanted” and “An error occurred” – plans that failed, ambitions that went unfulfilled.   My goal was to explore this duality, whilst also encompassing  lighter aspects of the music; dreams, eternity,  journeys and yearning.

Setting the visual tone for the show were two music videos commissioned by Abstraxion for the album.  Spazieren directed by The Bow was set in the stunning, snowy landscape of Iceland.  She thought she would last forever directed by Tarek Mawad and Friedrich van Schoor, was shot in a brooding forest with soft green and brown hues.  Both videos speak strongly of the natural environment which was used as a starting point to develop an abstract story of systems in transformation.

Technically the main requirement from Abstraxion was that he be able to play the show alone both sound and video.  I set up the video in Resolume Arena running on a separate laptop that responded to triggers from Ableton Live via OSC.  With video and effects triggering live with the music. This gave Abstraxion flexibility to play the show in different ways everytime but keep the related visuals linked to each song. 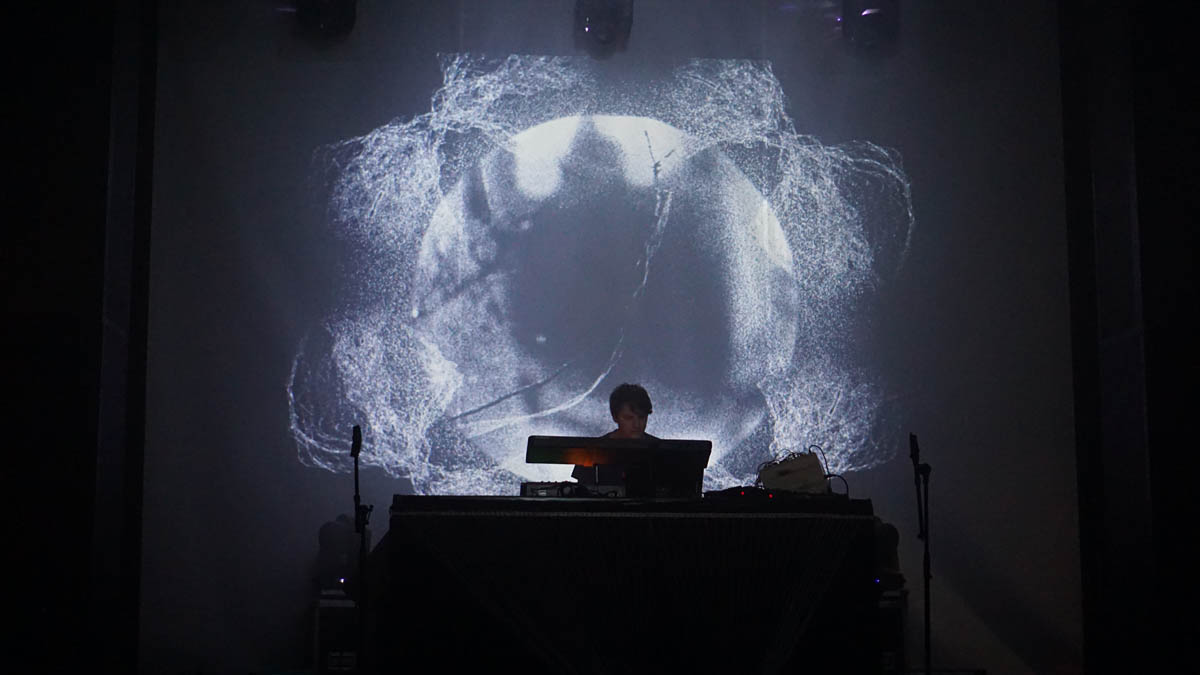 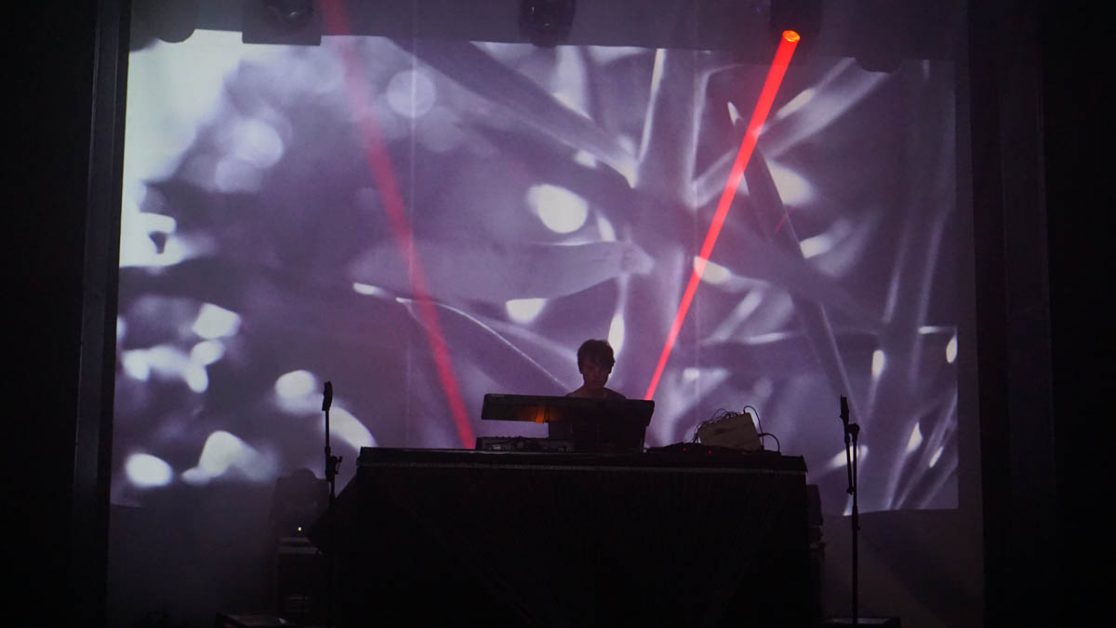 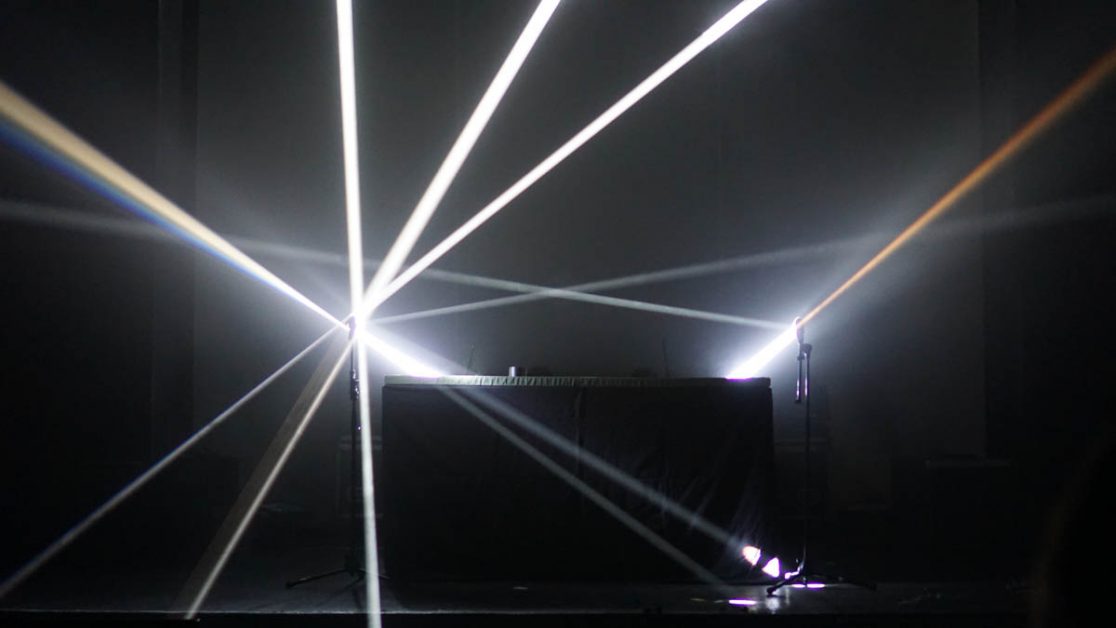